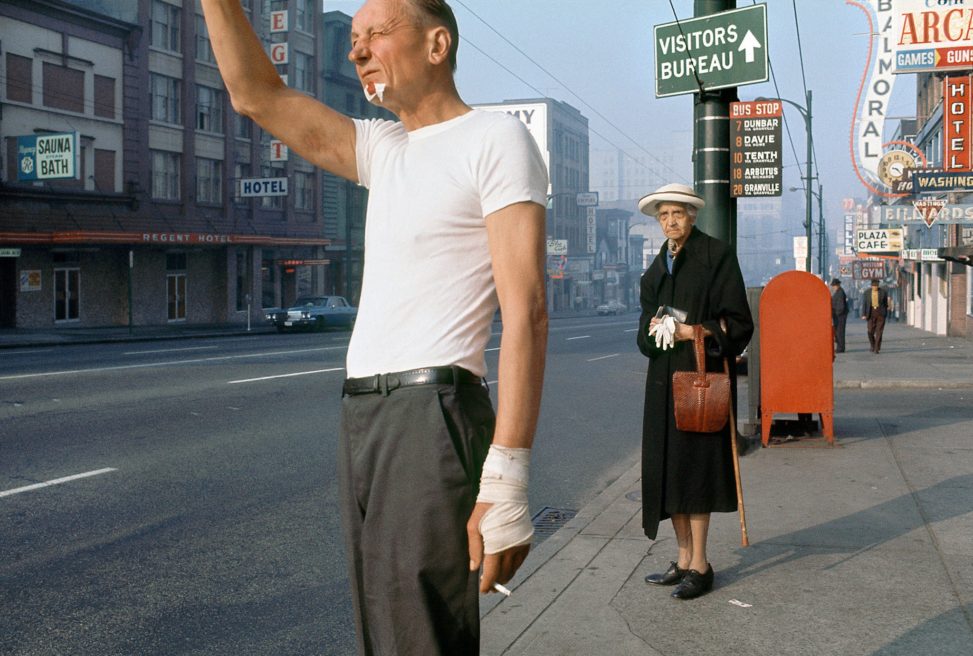 Fred Herzog was born in 1930 in Germany, and moved to Vancouver in 1953. He is best known for his unusual use of color photography in the 1950s and 1960s, a time when art photography was almost exclusively associated with black-and-white imagery. In this respect, his photographs can be seen as prefiguring the New Color photographers of the 1970s. He was employed as a medical photographer by day, and on evenings and weekends he took his camera to the streets, documenting daily life as he observed it. Focusing his camera on storefronts, neon signs, billboards, cafes and crowds of people, he eloquently depicts the architecture of the street as a framework for human interaction, presenting a view of the city that is both critical and elegiac.